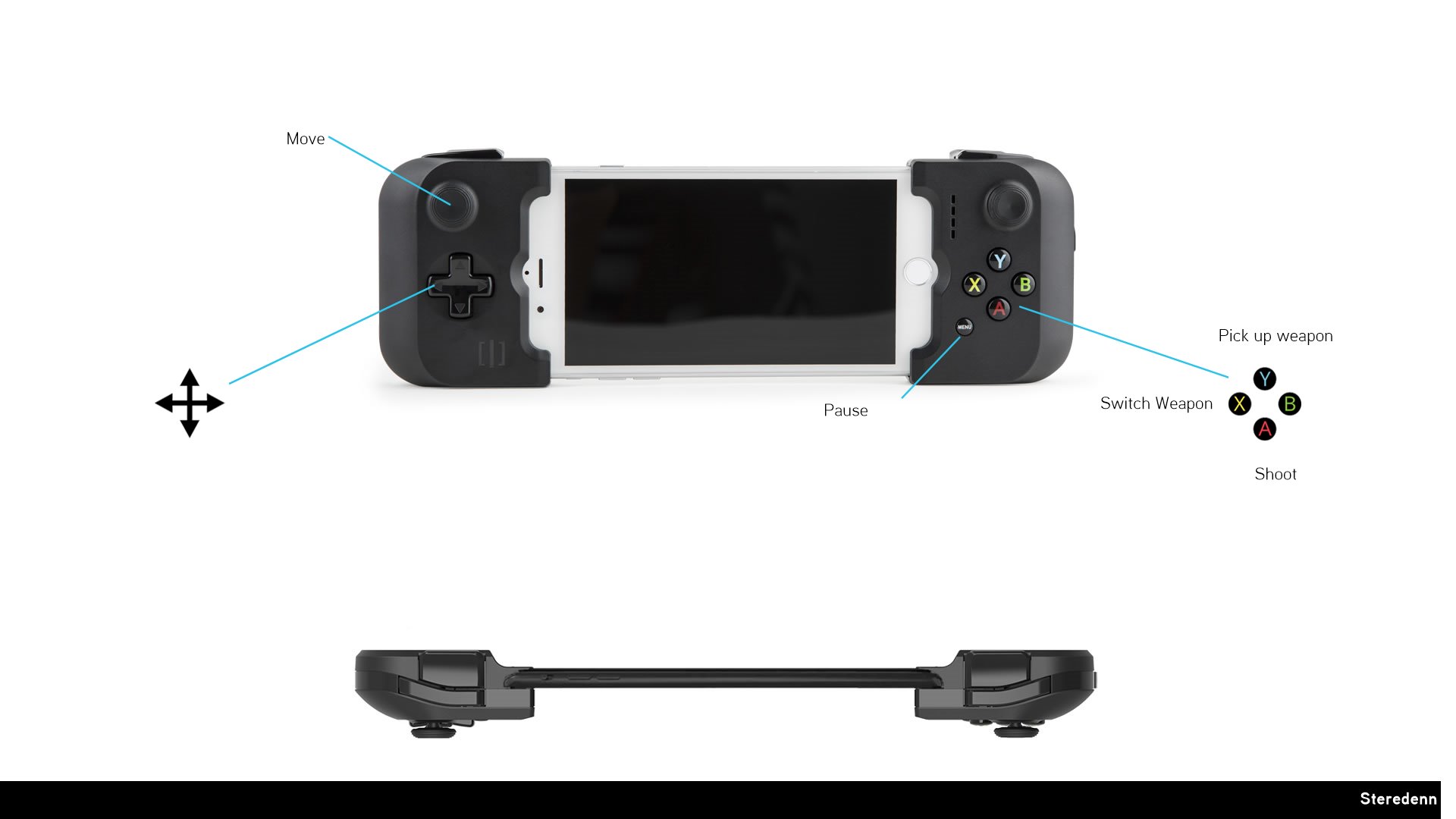 Steredenn is a frenetic and chaotic space shooter, carved in big beautiful pixels, with insane boss battles. Embark in your ship and engage the fight against dreadful space pirates in a never-ending combat for your survival.

Steredenn is the critically acclaimed roguelike-shmup for PC/Mac, Xbox One and PS4, awarded "Best Shoot'em Up 2015" by jeuxvideo.com. With a user rating of 90% on Steam and an average press rating of 8/10, it is now available on iOS!

Steredenn is at the crossroads between a shmup and a rogue-like. Enjoy the infinite replayability of the game with its unforgiving gameplay, intense boss fights, (almost) randomly generated environments, twisted space events and a surprisingly large arsenal of weapons. Enhance your ship during your flight with many upgrades and forge your own path across the universe!

- Beautiful art and spaceships.
- Awesome boss fights.
- Addictive, ruthless.
- Endless arcade gameplay.
- Quick and intense sessions.
- INFINITE REPLAYABILITY: levels are (practically) randomly-generated.
- ARSENAL: 35 weapons and 25 upgrades with many interactions and combos.
- SCORING: beat your friends and be the best!
- DAILY RUN: everyday, try to be the first in a special leaderboard where all players share the same run, guns and bosses. Beware, you only get one chance per day!
- ARENA: Unlock a boss by defeating it in the normal mode. Then, train against it in a 1 to 1 duel. Your guns, your laws, your fight.;