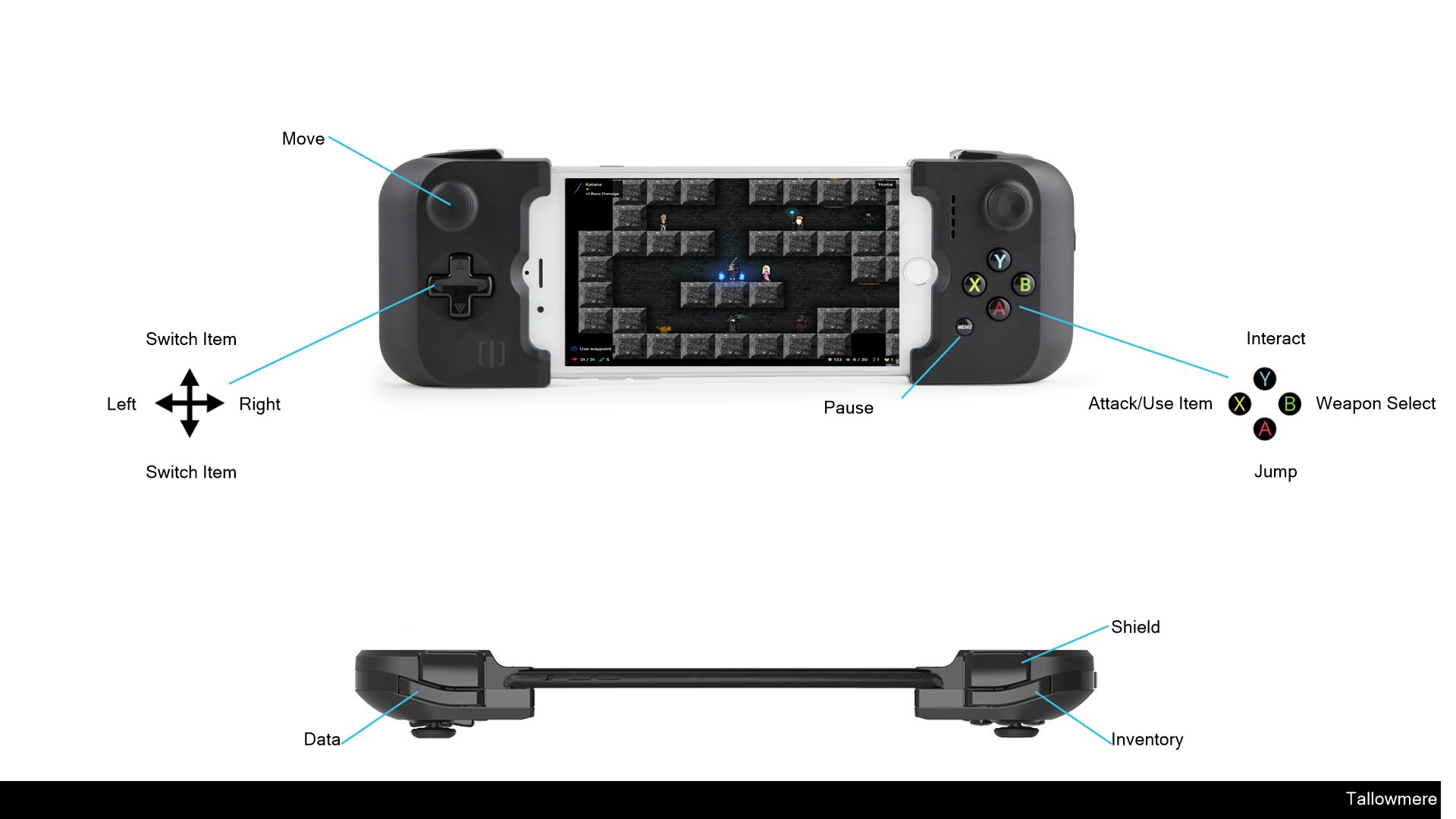 "Tallowmere is a cracking game. It returns to the roots of roguelikes when games were just fun instead of bogged down in endless menus and options."
– Pocket Gamer

"This is a deceptively engaging ride with plenty of unexpected, organic moments to remember fondly."
– TouchArcade

Raise your shield. Embrace Lady Tallowmere's ever-changing dungeons. How far can you make it?

To those who will be lured into Lady Tallowmere's dungeons: good luck.

Please note: Tallowmere features blood and dismembered body parts. Blood can be toggled on or off in-game.