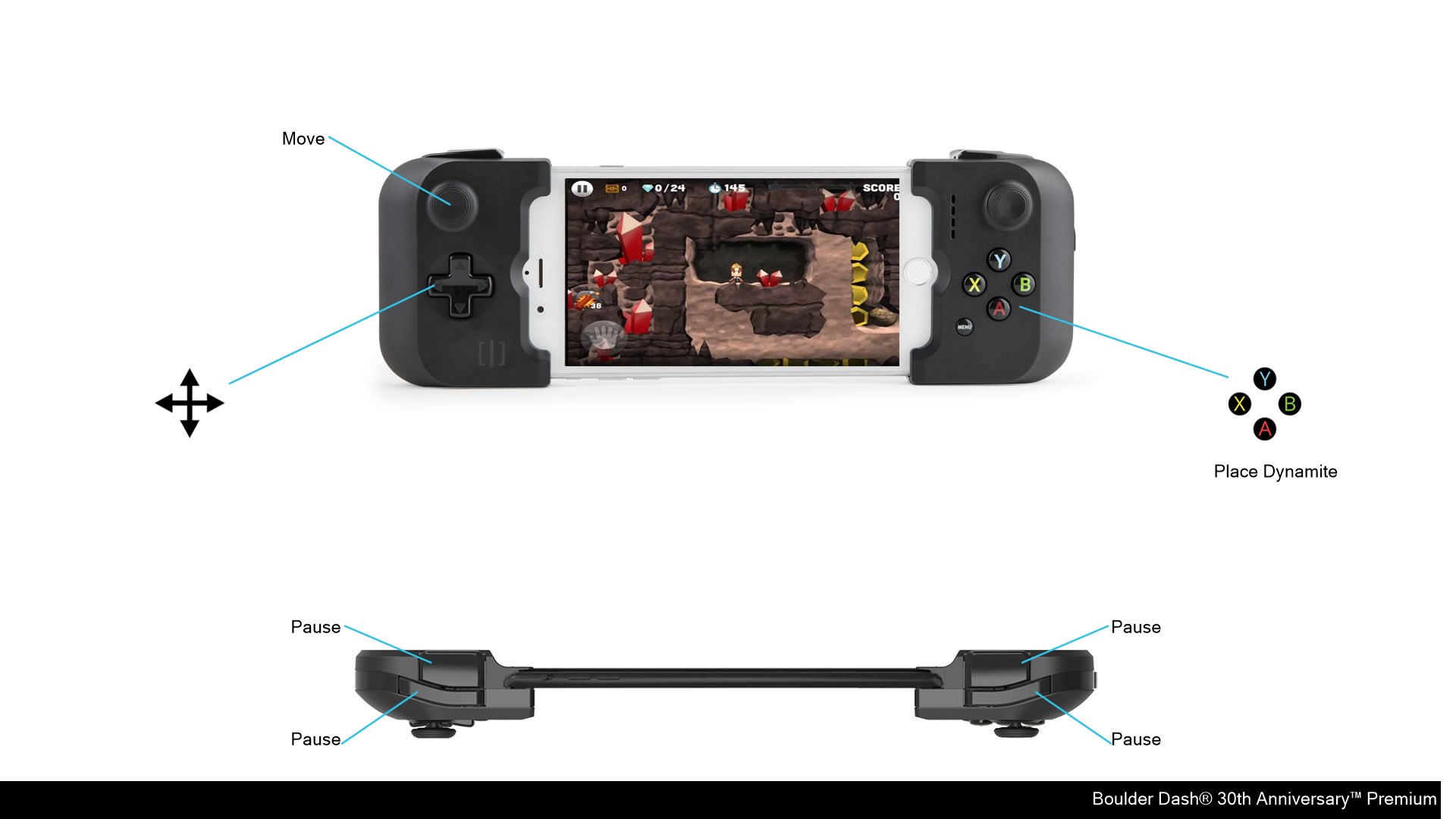 Recently featured in the App Store as a "Best New Game" and "Best New Update" in more than 75 countries worldwide!

"...an action-puzzler that remains true to the original classic gameplay, with added features and controls that offer a new twist to the game’s many levels, and several new puzzles." - Indiegamemag

"...the first game in the beloved franchise to include diagonal walls and movement, throwing both vets and newcomers in for a challenging spin." - Retro

"...the game is still as challenging as it used to be back in the day so you best be prepared if you’re willing to journey through the depths of earth in search of treasures and celebrate the 30th anniversary of a truly classic game." - Touchtapplay

This version contains NO ADVERTISING!

While providing classic Boulder Dash core gameplay mechanics and features, Boulder Dash-30th Anniversary introduces exciting new elements such as diagonal movement, which opens up new and intriguing puzzles while creating a very different and organic look for the caves.