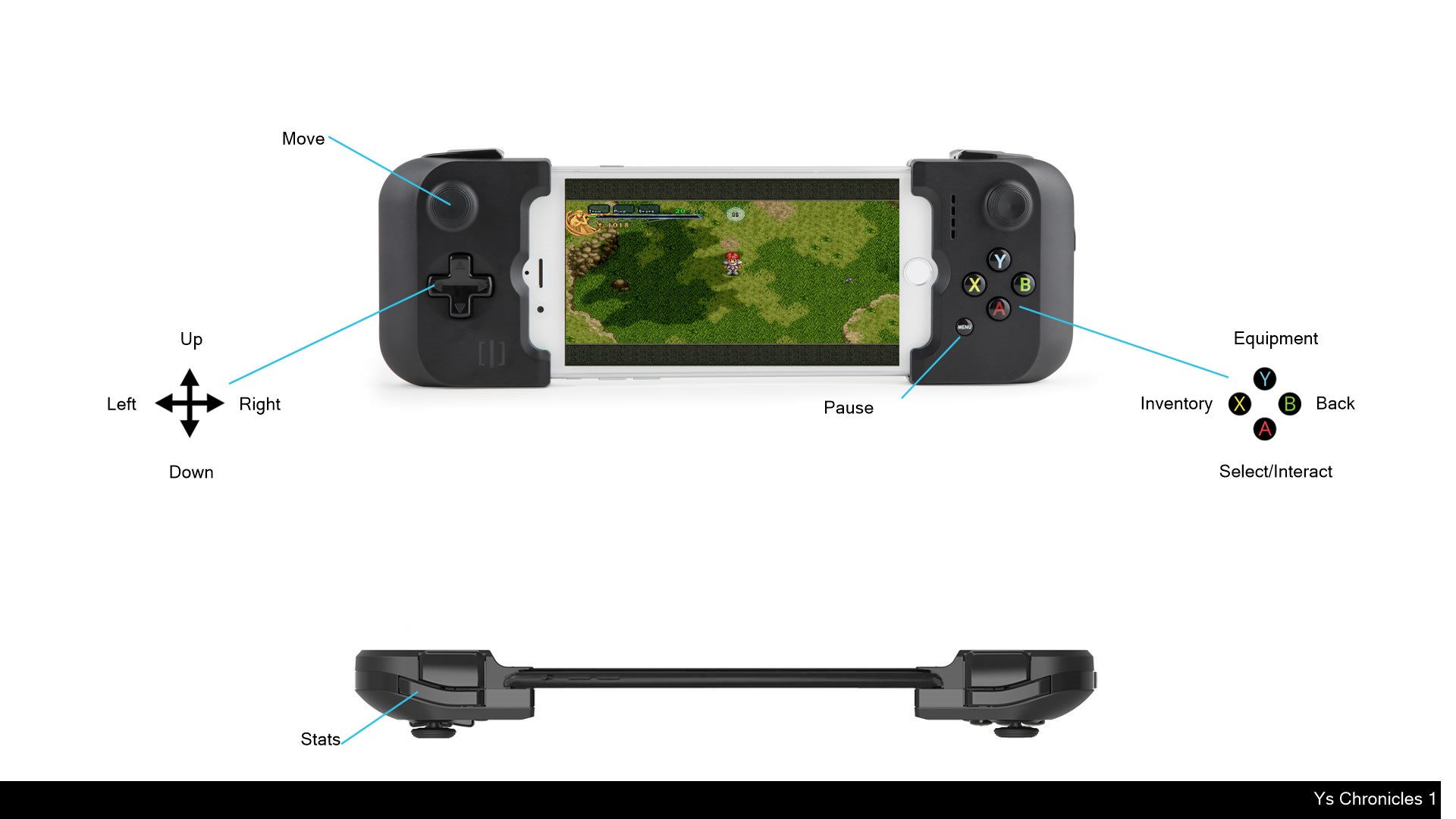 “As you would expect from DotEmu, this port is basically perfect from a technical standpoint. […] The actual gameplay is generally intact, however, and that means Ys Chronicles 1 is a must-have for any mobile RPG fan. It's a sheer joy to play, full of a kind of upbeat excitement that doesn't come around all that often. ”
- Touch Arcade

Ys is an action-packed, heroic fantasy JRPG game that immerses you in a beautiful Japanese artistic universe. Originally released on PC and PSP in the 2000s, this remake of the famous franchise’s first episode, titled " Ancient Ys Vanished: Omen", returns in a mobile version especially adapted for touch gameplay.

In Ys, you play as Adol Christin, an adventurous young swordsman. Early in the story, you find yourself on a mysterious beach in Esteria, a kingdom whose cities are besieged by hordes of demoniac creatures. Esteria’s people are depending on you to defeat the demons and free the kingdom. To accomplish your goal, you must find six sacred books containing the history of the ancient land of Ys; books which will also provide you with the knowledge to restore peace. Throughout the game, you’ll gain experience and strength by discovering enchanted weapons and artifacts. Become a mighty knight and destroy your enemies!

Ys possesses a rich and poetic atmosphere with beautiful artistic direction, an incredible soundtrack and a deep story. Ys also stands out thanks to its unique fight mode: you must pounce on enemies to attack them ("BUMP" system). Perfectly adapted to touch devices, this one-touch combat system makes the game even more exciting and enjoyable.

Discover or rediscover the godfather of Japanese action-RPG sagas with this mobile version you can play anywhere!