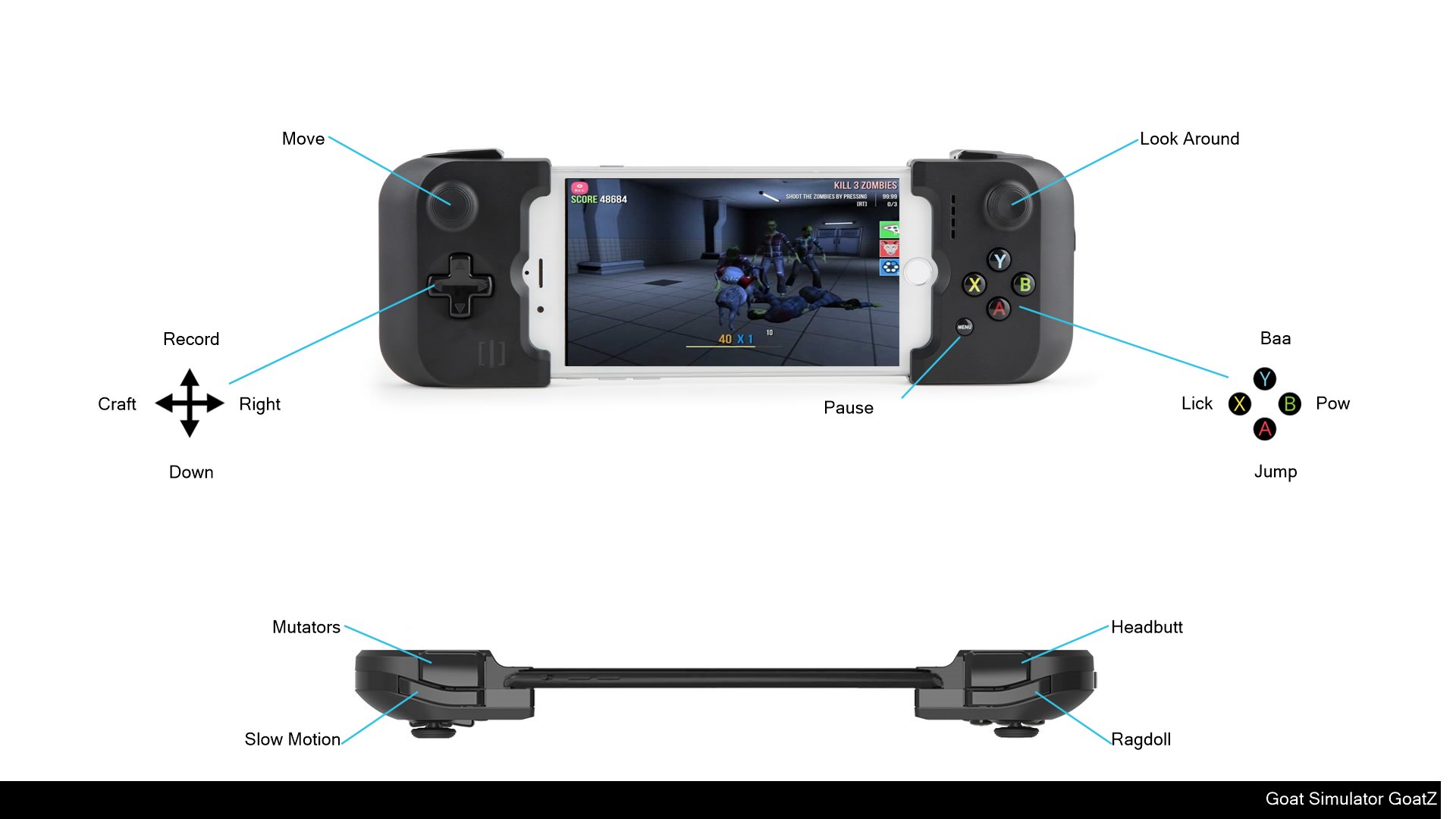 This is GoatZ, this is your story.

GoatZ is the latest official addition to the Goat Simulator universe, and is a fine contender for the dumbest thing to come from Coffee Stain Studios yet - GOATS AND ZOMBIES IN THE SAME GAME! Well if you’re not already yelling at your mom to buy the game for you right away, maybe this will impress you a bit more:

* Official new app from the idiots that brought you Goat Simulator
* Mandatory crafting system - Craft anything in the world, as long as it’s one of the half dozen weapons in the game.
* Zombies, zombies everywhere because this is a zombie game, remember?
* A pretty big map with some stuff on it.
* Fully fledged survival mode where you have to eat every five minutes to survive, just like your grandmother.
* Turn humans into Zombies and loot some crates. Just like your grandmother.
* Also a casual mode for people who don’t like feeding their goat every five minutes
* Tons of new unlockable goats with special powers - shrink people’s heads, hang glide, wreak havoc, spit and be a goat. For real.;