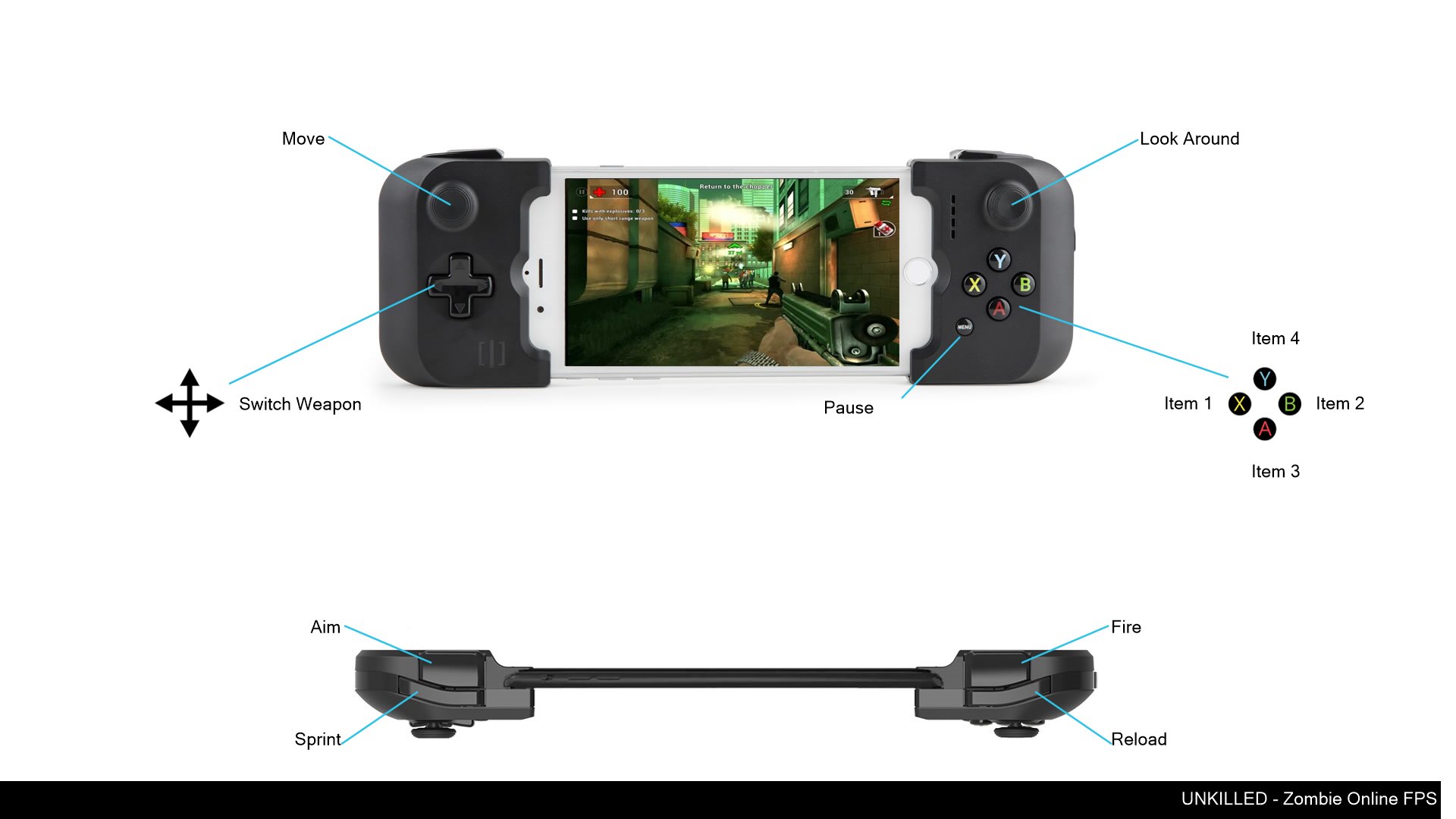 Unkilled - Zombie Multiplayer Shooter is an exciting FPS game with intense PvP action. Team up with friends to fight the undead apocalypse in this survival horror shooting game.

New York City is the epicenter of a terrifying zombie apocalypse in this multi-award winning the first-person shooter. Choose one of five unique characters and join the elite team known as the Wolfpack, a task force assigned to combat the walking dead threat and discover the secret behind the cataclysmic plague. Take time out from killing zombies to challenge your friends in online PvP multiplayer battles. Good thing you brought plenty of bullets!

THRILLING SOLO COMBAT MISSIONS. ONLINE PVP MULTIPLAYER. TONS OF UNIQUE GUNS.
• The final frontier in the war between the living and the undead! Fight for survival over 150 missions with an epic storyline. Target unique enemies and bosses, including SHERIFF, DODGER, MINESWEEPER, BUTCHER and more.
• Take on players from all over the world with first person PvP multiplayer. Or build your own zombie army in Skirmish Ops and go to war against other player’s bases with your undead horde!
• More than 40 weapons in five classes, featuring the LSAT machine gun, SAIGA-12K shotgun, and the M24 sniper rifle. Just don’t run out of bullets...
• Loads of skins are ready for you to customize your character and guns. Be the best dressed killing machine in the zombie apocalypse!

RIDICULOUSLY INSANE GRAPHICS
At MADFINGER Games we push the frontier of what is possible on mobile devices! UNKILLED is a feast for your eyes, with post-process effects to create an immersive cinematic experience. There’s high resolution, real-time soft shadows, and high-polygon character models, and don’t even get us started on our SpeedTree vegetation rendering! Not to mention shooting zombies in the face results in lovingly rendered gore...

SMOOTH FIRST PERSON SHOOTER ACTION!
• Our unique MADFINGER Games control system for mobile devices is approved by millions of players worldwide. Support for a wide range of gamepads.
• Intuitive gameplay. Our autofire shooting system lets you focus on your survival.
• Experience the new Adrenaline feature and put your aim to the test. Target as many undead domes as possible!