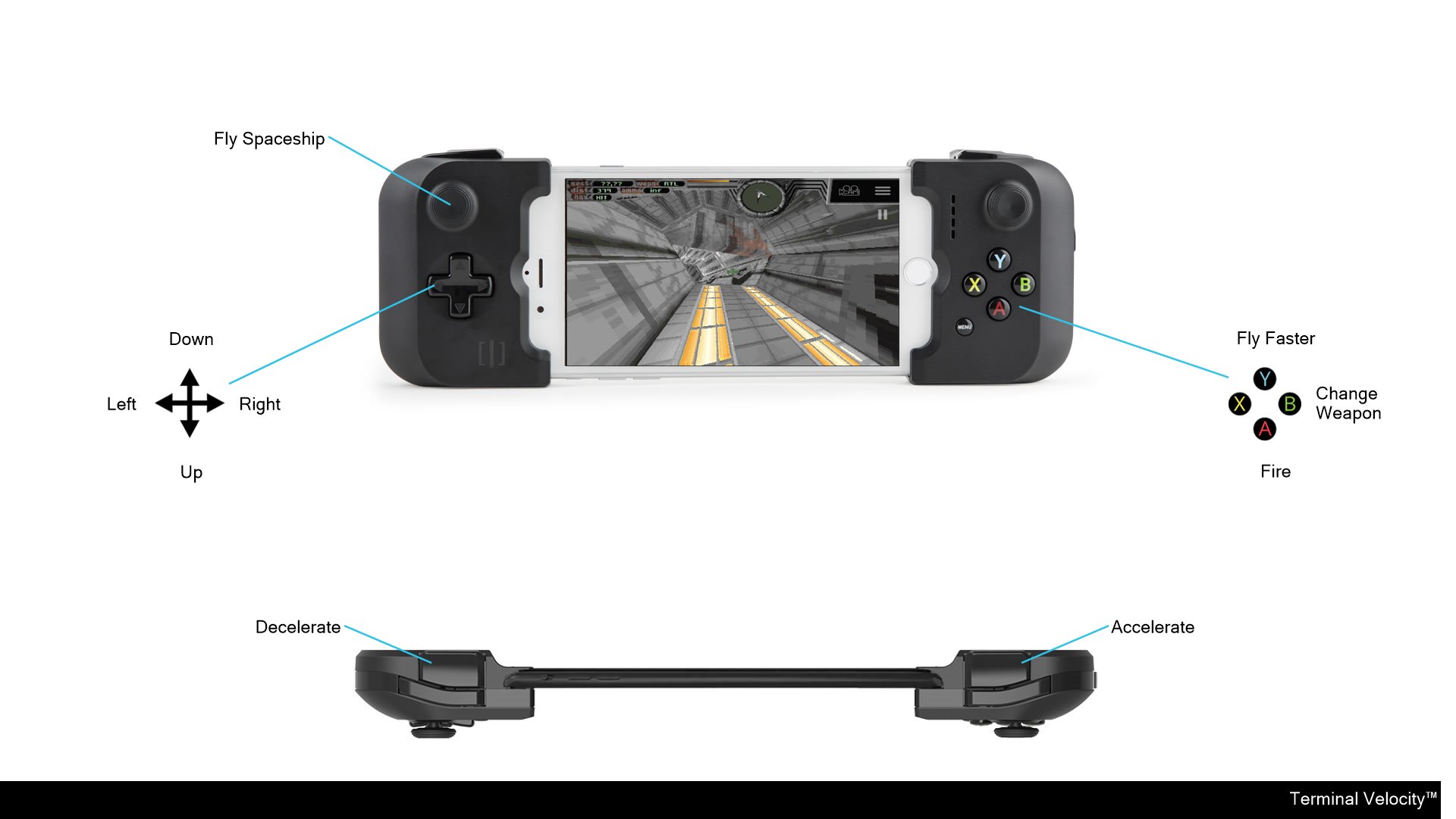 In the far future, armadas from surrounding systems have suddenly waged war on Earth, destroying crucial installations and major cities - Earth is quickly brought to its knees. You are a pilot from the Ares Squadron, flying the fastest, most dangerous crafts ever made. You pilot the TV-202, a fighter few can handle. Given that the previous model, the TV-101, has chalked up more dead pilots than any experimental craft in history, many consider you lucky to be alive. You're outgunned, outmanned, and strapped into a flying coffin.

Prepare to get your retro gaming fix in! Terminal Velocity is on iOS for its 20th Anniversary and you have never played it like this before!

- The fog has been lifted! See farther than you have ever seen before!
- Super VGA graphics!
- Over 6 minutes of rendered cinematics!
- Game Controller support!
- 60 frames per second
- Blow stuff up like it's 1995!